Yep, That’s Wildlife For Sure 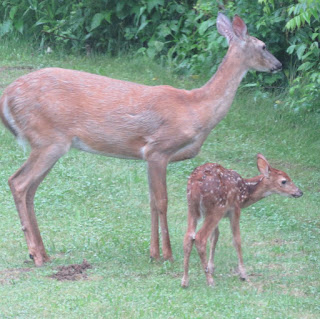 It’s been such a beautiful week in southern Iowa weather-wise, so the property has been crawling with wildlife. We saw our first fawn this week, and it’s very possibly the cutest thing ever! He was actually limping a little on its left front leg, but Mama was keeping a very close eye on him. The puppies went ballistic when they saw him, but that’s par for the course. 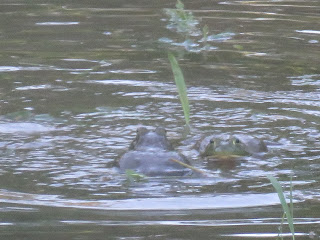 We also have some of the largest frogs that we’ve ever had. They are loud and boisterous - and we’re looking forward to all the tadpoles they’re busy making. They’ll make for quite the chorus later this summer. 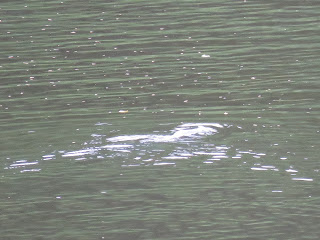 The grass carp (or the torpedoes, as I call them) are working on their nursery burrows in the shallow end of the big pond. They’re constantly jumping and eating bugs off the top of the water and making their presence known. Most people would call it taunting. 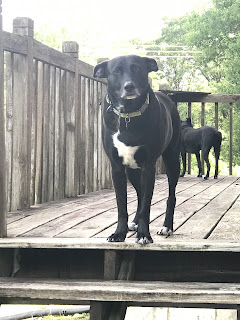 And then there’s this kind of wildlife. Diesel looks like an ASPCA video, but he’s just upset that I told them it’s time to go inside. All four puppers love being outside on the deck and get pretty cranky when they’re not able to stay there for hours at a time. So we’re getting in lots of walks and playtime out in the sunshine now, before summer in Iowa really hits and it’s too hot. Luckily I don’t have to take the frogs for a walk, too.
On The Property Photos