This card table recover project has been on my to-do list for months. I've been using it as my workspace in the craft room for quite some time, and it sees a lot of abuse. Here it is now, with a neutral cover on it so I can take better pictures for my tutorials. 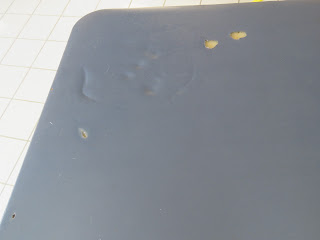 There were dents and dings in the old blue covering from metal tools. And yes, I've used my embossing heat tool on it several times, leaving pretty good scars. The padding underneath the blue cover also made it difficult to keep paper crafts flat when adhering them together, so it was time for something new. That's where a simple vinyl tablecloth comes in handy. 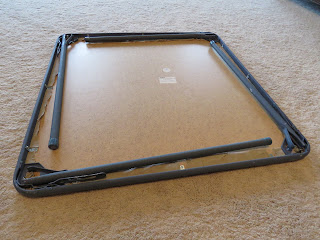 The process to recover the table is pretty simple, but I learned a couple of lessons the hard way. I share them with you now. First, don't do this on any surface but a carpet. I tried it on the deck int he sunshine to get better pictures, but all it did was tear up the cover. Second, get a second pair of hands to help you keep the cover tight and you'll have fewer wrinkles. 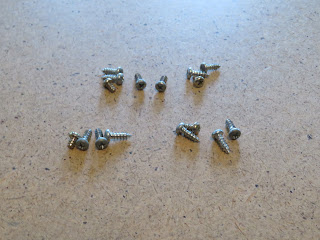 Flip the card table over and remove all the screws. There will probably be two different kinds - one in the corners and one along the sides - so keep them separate. 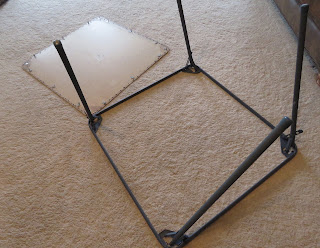 Once all the screws are out, you'll have a metal frame and the covered board. Use a pair of needle-nosed pliers to pull out the old staples and remove the cover. 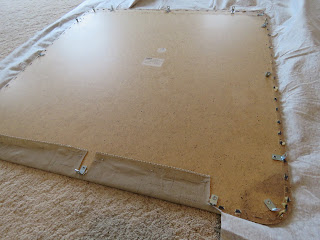 Cut the table cloth down so there is a 2-inch overhang on all four sides. Pull each side as tight as you can and use a strong staple gun to tack the tablecloth in place. This is where you'll love having an extra set of hands to help keep it straight and tight. 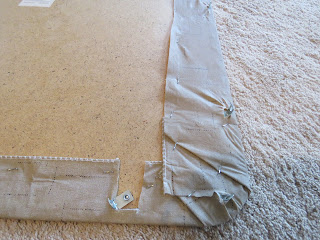 Make sure you pay special attention to the corners, as they will be the first place it rubs and frays. 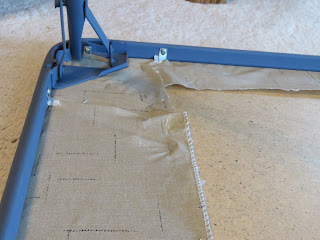 Once the cloth is on and secure, replace the frame and the screws. You might want to run some heavy tape along the cut edges so you don't catch them every time you sit down.
Finance Friday