This Sparrow Staged A Coup! 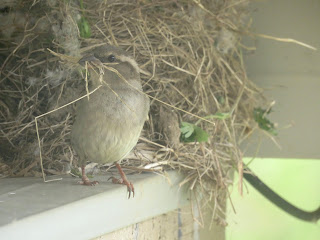 Just two weeks ago we watched a robin building her nest under the eave on our deck. This week there was a total coup, and a sparrow took over! It’s a prime spot and I’ve seen larger birds like cowbirds claim a nest as there own, but never by so little a bird. 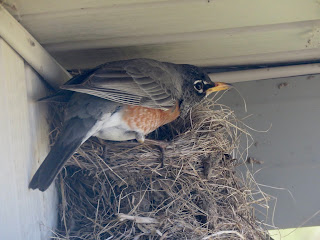 The robin laid much of the ground work for the nest, building it up so high that she could barely squeeze in herself. 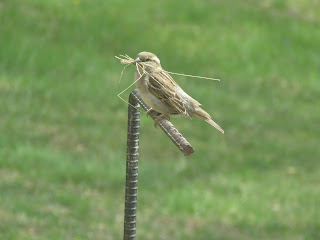 And then suddenly, we saw this pretty sparrow taking mouthfuls of grass and fur up to that same nest.  She was so tiny, and I couldn’t believe she had just moved in. 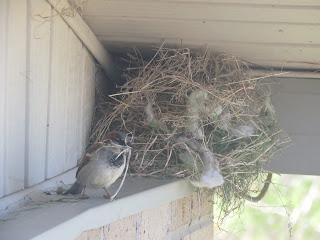 So now we can stand at the living room window and watch a sparrow working on her nest. The only difference between having a robin and having a sparrow is that we won’t be able to see in. The cavity that serves as an entrance is in the middle here, right in the center of that fluff. But we’ll definitely hear those babies when they get here!
On The Property Photos