Making The Church A More Beautiful Place To Be 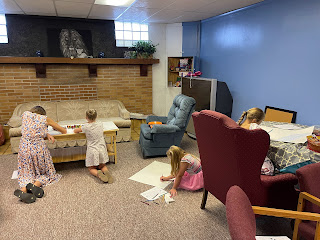 For the month of August, our Sunday school class has been deep in a back-to-school lesson series. We've covered the spiritual connections to reading, writing, math, science, history, music, gym and art. Yesterday were the last two, and art was by far my favorite. Each student was given a piece of white posterboard, which in itself was apparently a gift. 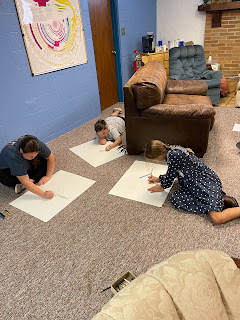 Then I played two Christian songs and instructed them to draw whatever the music spoke to their heart. The next 10 minutes were the quietest, most peaceful class we've had in ages. They were focused, concentrating on the songs, the lyrics and getting them onto the paper. 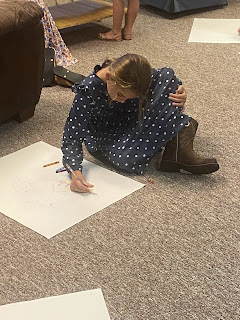 Some drew flowers, some colored their families and others made their favorite Bible stories. Their creativity was so sweet to watch, and they didn't even have to say a single word to each other. Talk about the power of music! 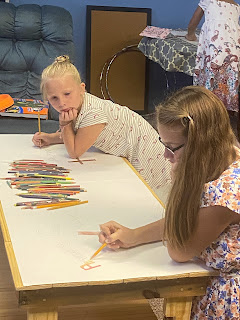 Then I threw a monkeywrench in their well-laid plans. After those two songs, I had them flip their paper over to the blank, white side. I gave them two minutes of a song to draw what they thought of when I said the word "church." They wanted more instruction than that, but I refused. I'm so mean, I know. 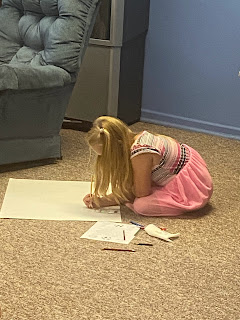 When the music stopped, they had to put their pencils down and move one paper to the right. During the second song, they could add anything they wanted to the picture already there, but it had to stay with the theme of "church." All they could do was add their own touches to the other person's picture. 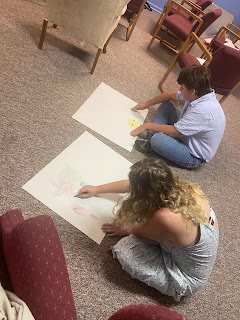 This was harder, but it was fun to watch them start with parts of a picture already there. Then, when the music stopped, they moved again and drew on the next picture. Finally, I let them go back to their own picture and see what had been added. They were delighted to see that their work hadn't been destroyed, but been made different with another added layer. 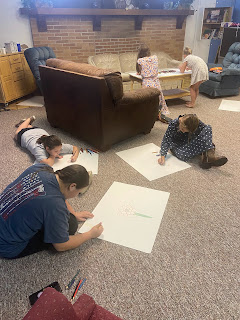 To wrap up the activity, I explained that this is what God wants the church to be like. We're to add layer upon layer of kind, beautiful, wonderful things to each other's pictures without hurting or destroying what anyone else is contributing. When we add our own special touches to the big picture of our church family, it will be a lovely and detailed piece of art that God Himself will delight in. Let's make this our prayer as well this week, that we'll thoughtfully add to the big picture of who God wants us to be together.
Scripture Youth Group