Even Puppies Can Sport That Distinguished Gray 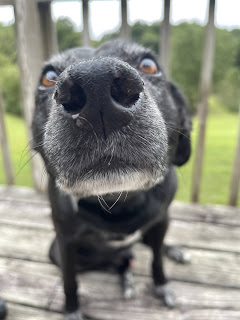 All four of our dogs are about middle-aged, ranging in age from 4 to 8 in doggie years. But they all also have some gray around the edges, in the most distinguished of ways! 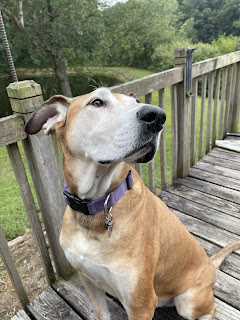 Molly, our big dog, is 7 years old, and she has the most gray fur of them all. I like to think of them as Great Dane glitter, giving her an extra sparkle in her personality. She wears it well, don’t you think? 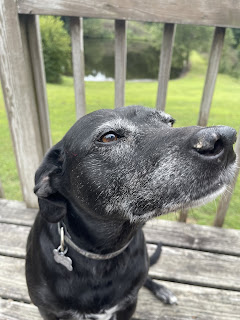 Parker is my little old man. He is already 8 years old, and he has the cutest sprinkling of gray around his muzzle and his eyes. And apparently he took his cue from Molly and gave me the profile pose to take a more distinguished photo. 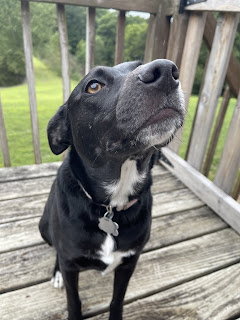 Callie and her brother, Diesel, are 4 years old and are just beginning to show a little gray around the edges. Most of the tiny gray patches of fur on her face are where her brother has nipped her or scratched her, and it grew back in gray. 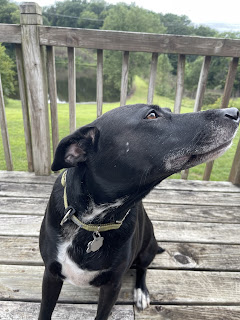 But before you feel too sorry for her, Diesel has those same patches from when Callie has gotten the drop on him. Yes, those two gray spots on his cheek are from Callie punching him in the face. I have a feeling she’s been doing it since they were in the womb together. But no matter how much gray they have or how old they get, they’re still our puppies.
Pets Photos

June 28
Today’s reading: Psalm 90-93
Thought for the day: No one else may ever know the contents of your heart and mind, but God does. He takes your thoughts and attitude just as they are and works tirelessly to conform them with His love to His standards.