Arise And Build - After You Clear Out The Underbrush 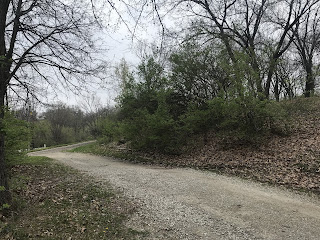 The top of our driveway became a wilderness area. If you had told me a small group of explorers had gotten lost in the brush, I wouldn’t have been surprised. Finally (finally, finally), we had an entire Saturday off and no rain in the forecast, so it was time to tackle this area and see if there really was a rock wall still under there. Somewhere. Maybe. 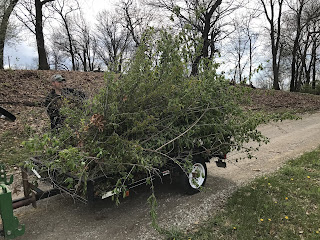 So over the course of the next seven hours, we cleared out 10 trailer loads of invasive species. I was reminded of the verses in Nehemiah that talk about God blessing the people because they had a mind to work. They rose up and built the wall because they knew the work needed to be done. Clearing brush isn’t fun, but the end result can be pretty amazing when you stick with it. (Get it? Stick, like we were gathering sticks? This is where you laugh.) 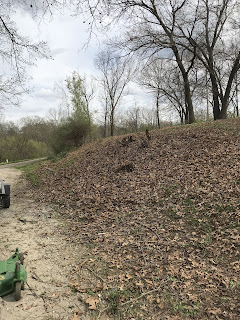 The difference in this space is jaw-dropping. After having done nothing in the area for almost 10 years, we couldn’t be more pleased. There really is rock underneath all those leaves, so getting them out will be the next step of the project. Apparently the plan is to blow them off and cart them to the other end of the property, although I would much rather use the flamethrower. (I’m told it’s called a torch, but that doesn’t sound like I’m in an action movie, so I refuse to call it that.) Next we’ll be trimming bushes and setting up a flag pole. It’s so exciting to se this spot take on a whole new look, and there’s more to come.
On The Property Scripture