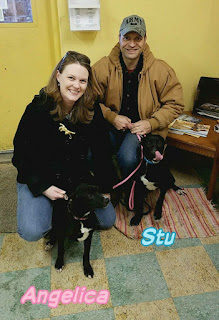 Two sweet new babies joined the Carrell Wildlife Preserve family this week. Renamed Callie and Diesel, these Great Dane-mix puppies were a bonded pair that the shelter didn't want to separate if they didn't have to. We were happy to take both brother and sister and give them a forever home. 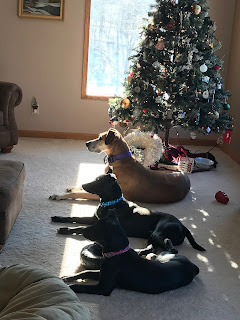 First things first: Molly loves them. We wanted her to have a baby sister so she wouldn't be bored, but we hadn't planned on bringing her two babies. We didn't need to worry, though, as it was love at first sight. The three of them love to run circles through the kitchen and living room, which will be even more fun as they get bigger ... right? At least they all sleep well at night, and even stop moving for a moment or two like this photo proves. 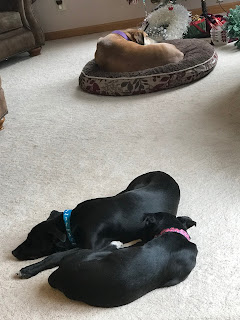 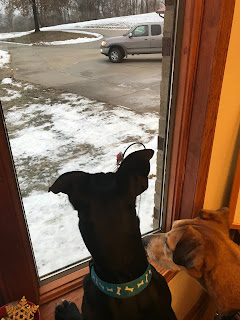 Molly is quickly teaching them the ropes of living at our house, and it's so much fun to watch. Molly has always stood at the window to watch Danny leave for work, and now the babies are doing it, too. They're not quite tall enough to see out all the windows yet, so their big sister lets them stand in their back legs at the bay window so everyone can see. 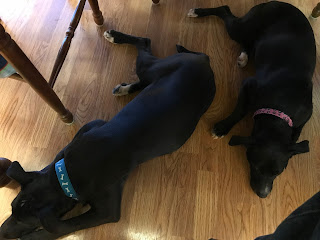 In just a matter of days, they've gone from being scared and clingy to relaxed and content. They've already learned to come and sit on command, and they sleep through the night, which we greatly appreciate! With three dogs this special, we're looking forward to years of fun and love to come.
Pets Photos