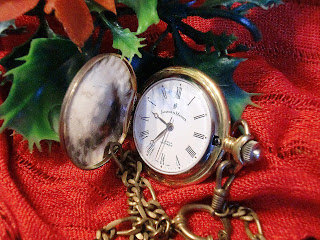 So...yesterday I was passed on the interstate like we were in a NASCAR race. People were in such a hurry that it didn't seem to matter some of us choose to do the speed limit. There was somewhere so important to be that weaving in and out of traffic became less of a threat and more of an importance.

Once I arrived at my destination, some other ladies shopping were in such a hurry that they pushed their way through crowds, cut people off and snatched product off the shelves to get it before someone else. Even as I was putting my change back in my purse at the checkout, the woman behind me was already pushing her way in.
During the Advent season this irritates me more than usual. I want the people around me to be as full of joy about Christmas coming as I am. For me it's not about presents or decorating or parties, but focusing on the anticipation of our soon-coming King!
And it came to pass, as the angels were gone away from them into heaven, the shepherds said one to another, Let us now go even unto Bethlehem, and see this thing which is come to pass, which the Lord hath made known unto us. And they came with haste, and found Mary, and Joseph, and the babe lying in a manger. Luke 2:15-16
The shepherds had every reason to hurry to the manger. There was joy and anticipation of seeing the Christ child. And yes, there was an urgency to bring Him gifts and glory in His arrival. But the scene wasn't rushed for personal reasons...this was simply the moment they had been waiting for. Their hurry was much more serious than ours could ever be. That personal visit with Jesus was the perfect reason to pick up the pace. Shopping and eating aren't.
Please don't rush through the next 18 days. We can't take time, people or moments along the way for granted as we speed on to the next event or purchase. Think of all the joy and blessings we might miss if we're not completely focused on God's plan for our day and the reason we're celebrating Christmas in the first place.
Christmas is not about hurrying through, but about taking the time to rejoice in His approach! Are you taking time?
Advent Scripture