Dogs And Their Frisbees...Or...This Is Why We Can't Have Nice Things 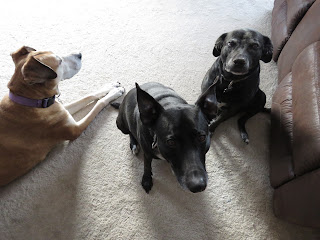 These are the intent faces of dogs who have absolutely no idea what's going on. They are arguably the cutest faces in the entire world, but these boys will blindly follow me anywhere. Molly, on the other hand, is a free spirit who will pay attention when she feels like it. If then. 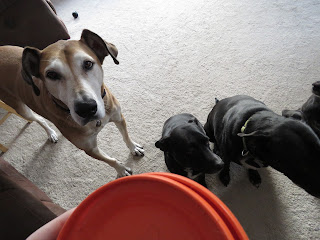 But when something unusual happens, they're all ears. Literally. Look at those Great Dane ears! Also note the addition of a third black-and-white tuxedo dog. Tiny dog appears when something out of the ordinary is taking place. It's like magic. 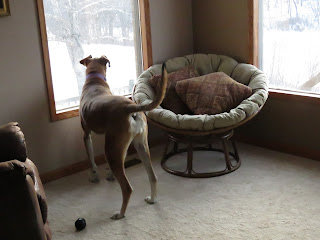 However, the addition of the tiny dog also means the largest dog will vacate the premises. There is nothing outside this window worth writing home about. She's just patrolling and avoiding the energy of the others. 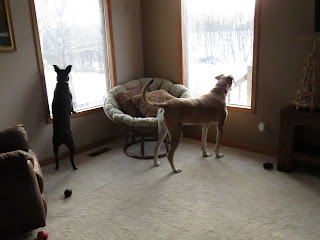 The tiny dog is also incredibly curious and protective of me, so when the big dog does something, she thinks she has to do it, too. She takes her responsibilities very seriously. 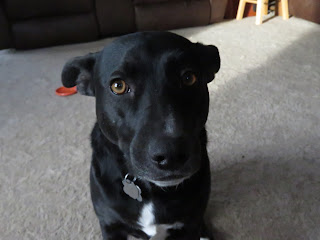 And now, back to the action. 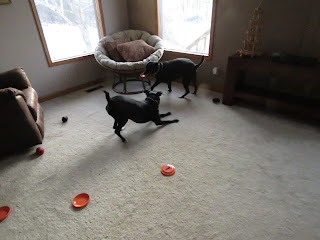 The mini Frisbees were from a booth at a trade show I attended a few months ago. When I told them I had four dogs, they were more than happy to give me one for each of them. Equal opportunity puppy fun, right? 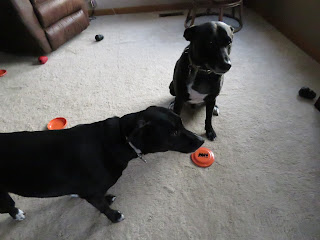 There's a small problem with this, though. Our dogs don't know how to play with toys. These two pick one and fight over it. There could be a hundred Frisbees in the room, and they'd still focus on the one that the other sibling wants. Then they lay down and start chewing on their prize. They're so quick that they each had a piece chewed off before I could even blink. The pieces were safely taken away, so all is well. 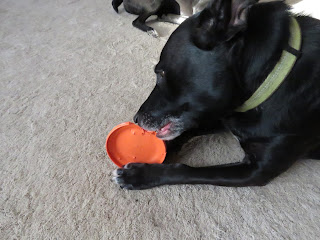 They're chewers, not players, so I have to be actively playing with them whenever they have toys. A moment's rest results in carnage, plain and simple. 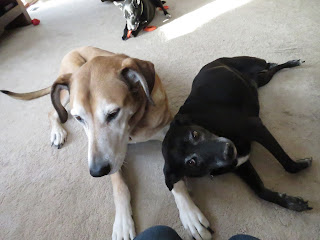 The big dogs, on the other hand, want nothing to do with toys. They don't like the energy the other two put out when they're playing, so they do everything in their power to stay out of the way. 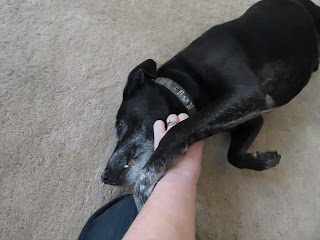 They would much rather have face rubs and belly scratches. They're not complex creatures. Just greedy for the attention and the scratches. This one will hold my hand until I give in and love on him. Which doesn't take long - I'm a softy. 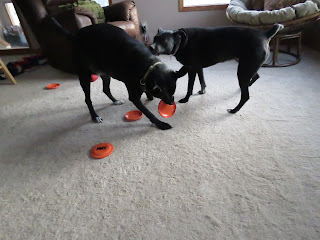 So after a few more minutes of play time, the Frisbees went back into the closet until the next time they need to work off some energy. They are all now sleeping very soundly, in a pile, together, like they just climbed Mt. Everest and need a nap. Apparently play time results in snoring. Interesting.
Pets Photos