When The Wise Men Come To Worship 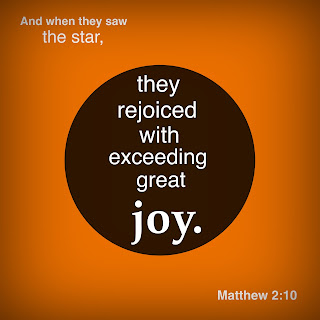 The wise men of Matthew 2 didn’t just happen to notice the star in the sky and think, Hey, let’s go to Jerusalem today and see if the Messiah’s been born. No, they had been studying and preparing for this time long ago. They weren't called wise just because of their religious training or book smarts - they were wise to know as much as they could and be prepared to seek Him out. And today, wise men still seek Him.

Traveling from their homeland by the star to find the Christ child, who at this time is no longer a baby, they headed to the worst possible place: Herod’s palace. With all sincerity, they told the king they were there to worship the Messiah, and suddenly Herod’s world was turned upside down.

When Herod the king had heard these things, he was troubled, and all Jerusalem with him. Matthew 2:3

Herod the king didn’t want to hear about Christ the King. What a threat it would be to his throne and his rule over the people if the long-awaited Annointed One was here. To make matters worse, his own priests and scribes told him that the child was near, just over in Bethlehem. This was information he didn’t want to know, but he would now try to use it to his advantage.

Then Herod, when he had privily called the wise men, inquired of them diligently what time the star appeared.
And he sent them to Bethlehem, and said, Go and search diligently for the young child; and when ye have found him, bring me word again, that I may come and worship him also. Matthew 2:7-8

What a pack of lies. If the wise men could have heard the king’s thoughts, they would have recognized fear, anxiety, anger and jealousy. Worship had absolutely nothing to do with Herod’s desire to know where the young child was. This was be quite obvious very quickly, when he chose to kill all the children 2 years old and younger. The words were used to manipulate the situation, not celebrate the arrival of Messiah.

Jesus Christ was so mighty as an infant that Herod was already terrified of Him.

The travelers got the information they wanted, though, and immediately set out for Bethlehem by the path of the star. This very special star had a very special purpose this night.

When they had heard the king, they departed; and, lo, the star, which they saw in the east, went before them, till it came and stood over where the young child was. Matthew 2:9

Like a homing beacon for the presence of Christ, the star made a straight line for Bethlehem. Stars don’t normally change their position, so it was clear to the wise men that this was the sign they had been waiting for.

When they saw the star, they rejoiced with exceeding great joy. Matthew 2:10

Finally, they must have sighed with relief. The day has finally arrived, and we can worship our Savior in person, face to face. What a joyful and profound moment it must have been, all wrapped up in one meeting. The culmination of a life’s hope would be punctuated with God’s own exclamation point as the wise men could actually, physically looked Christ in the eye.

Joy unspeakable and full of glory!

And when they were come into the house, they saw the young child with Mary his mother, and fell down, and worshipped him: and when they had opened their treasures, they presented unto him gifts; gold, and frankincense, and myrrh. Matthew 2:11

Before the wise men presented Jesus Christ with their gifts, they offered themselves. Before the casks and bottles and chests were opened, they fell before Him and worshipped. Before they gave Him presents carefully wrapped for travel, they wanted to spend time in His presence.

This is the essence of the Christmas story.  A giving of the heart before the gifts. An offering of self before a package. A releasing of stuff to be available for worship. The wise men didn’t celebrate Jesus' birth because it was that special day of the year. They worshipped the King of kings and Lord of lords simply because He was finally here. God had already laid this desire in their hearts, and being with the Christ child was all that mattered.

We are just days away from Christmas morning, but today is the day to celebrate the birth of Jesus Christ. December 25 is the date chosen for all the world to mark His arrival, but it’s not the day itself that’s important. The day that you accept Him as your Savior is. Once He is living in your heart, you have the greatest present of all: His presence. After that, every day should be Christmas in the heart of a believer.

Give Him the gift of yourself. Fall at His feet. Rejoice with exceeding great joy.
Christmas Scripture