The Shepherds Learn That Christ Is Born 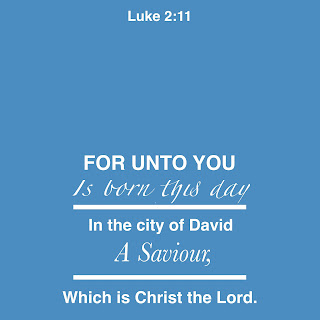 If the shepherds had been home in their beds and not faithfully out in the field with their flocks, they might have missed the whole thing. Luke describes a very pastoral scene, quite typical for the time period. The country shepherds were diligent in their duties, and this responsibility put them exactly where God wanted them to be. This perfectly normal night was about to turn into an experience they would talk about for the rest of their lives.

And, lo, the angel of the Lord came upon them, and the glory of the Lord shone round about them: and they were sore afraid. Luke 2:9

When your only sources of light since the beginning of time have been the sun and a fire, the glory of the Lord shining around them must have rocked their boat. It was a jaw-dropping, sheep-scattering, brain-busting moment that shook them to their core. They weren’t just afraid - they were extremely and severely scared. It’s not every day there are blinding lights and a heavenly visitor at your workplace.

And the angel said unto them, Fear not: for behold I bring you good tidings of great joy, which shall be to all people.
For unto you is born this day in the city of David a Saviour, which is Christ the Lord.
And this shall be a sign unto you; Ye shall find the babe wrapped in swaddling clothes, lying in a manger. Luke 2:10-12

This was the moment they had heard about all their lives. They probably knew the old prophecies that spoke of the coming Messiah, but can you imagine being told that today’s the day? Fear was replaced with curiosity when the description of the Christ child included grave clothes and a manger. Where was the palace? Where were the silk robes? What kind of king is this?

And suddenly there was with the angel a multitude of the heavenly host praising God, and saying,
Glory to God in the highest, and on earth peace, good will toward men. Luke 2:13-14

As if lights and an angel wasn’t enough, now there was a multitude of voices lifted in praise. This host put the honor and the glory in exactly the right place: on God Himself. They didn’t want the shepherds to worship them or fall down at their feet. The glory, the peace and the goodwill were God’s alone, and now He was sharing just a glimpse of how the world was about to change forever.

And it came to pass, as the angels were gone away from them into heaven, the shepherds said one to another, Let us now go even unto Bethlehem, and see this thing which is come to pass, which the Lord hath made known unto us.
And they came with haste, and found Mary, and Joseph, and the babe lying in a manger. Luke 2:15-16

No doubts. No hesitating. No dawdling. Now. With haste. The shepherds didn’t have to discuss when they would go, who they would leave their sheep with or what route they were going to travel. They didn’t have a committee meeting about whether they should believe this story or not. Their minds were settled that they would go, and they would go now. And they didn’t saunter down the path and stop for a good night’s sleep and a morning cup of coffee. Luke uses the words with haste to show us how convinced and convicted they were about seeing the Christ child as soon as they could.

And when they had seen it, they made known abroad the saying which was told them concerning this child. Luke 2:17
And the shepherds returned, glorifying and praising God for all the things that they had heard and seen, as it was told unto them. Luke 2:20

The first missionaries for Jesus Christ weren’t biblical scholars or religious leaders. They were ordinary people chosen for an extraordinary purpose. Instead of returning to their community unchanged, they told everyone who would listen that Christ was born. They couldn’t keep it to themselves! They glorified God, praising Him for using them in this way and for blessing them with a visit to the newborn King.

Their hearts were changed that day, and the only choice they had was to spread the good news. They had seen and heard with their own eyes and ears. They weren’t just repeating words - they were sharing an experience.

This is our calling today, as well. We have seen and heard Jesus Christ, experiencing Him in personal ways in our own lives. Have our hearts been changed as dramatically as the shepherds’ were? If so, we should be spreading the Good News far and wide this Christmas season. As we go about our daily lives, let’s make sure we’re glorifying and praising God for the Savior He sent just for us.
Christmas Scripture