The Angel Explains Things To Joseph 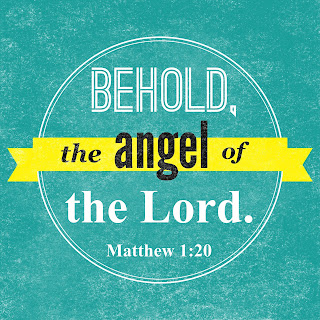 Joseph must have been at a complete loss that day. The girl he was engaged to told him that she was already pregnant, a circumstance that should have ended the relationship altogether. Even in this early stage of their courtship, adultery would have meant public disgrace, but there was compassion in his heart, which whispered in his ear to handle things in private.

So there he sat, head in his hands, trying to work through the events of his life and decide where to go from here. He was probably praying for guidance and direction, knowing he couldn’t handle this situation on his own. And when you leave your problem at God’s throne, miracles happen. It was with this heavy on his mind and heart, he fell asleep.

Behold, the angel of the Lord appeared unto him in a dream, saying, Joseph, thou son of David, fear not to take unto thee Mary thy wife: for that which is conceived in her is of the Holy Ghost. Matthew 1:20

Angels didn’t just appear for no reason, so you can imagine the fear that overtook Joseph. We know his shocked look must have registered with the angel because his words of comfort told Joseph that his fear was unnecessary. This is the third time angels have told our Christmas story participants not to fear, so that must have been a recurring theme - and who could blame them?

Mary didn’t try to convince Jospeh that she was innocent, but was instead being obedient to the Lord as His handmaid. Instead of crying and pleading and begging Joseph to believe her and forget all about divorce, she let God handle things. She knew He had a plan already in the works so His Son could come to earth, so she left the details up to Him and simply obeyed.

Also knowing that her Lord would never put her in an unequal yoke, Mary must have known that her new husband was a righteous, just man and would listen to the direction of God. She wasn’t running around worrying and wringing her hands, as we read earlier that she trusted Him to do for her according to His word. That’s all the confidence we ever need.

Then Joseph being raised from sleep did as the angel of the Lord had bidden him, and took unto him his wife. Matthew 1:24

Joseph’s obedience was complete and immediate. He had asked for guidance, so upon receiving it he got up, left his prayer closet and went to follow through. The shock of what had just happened was clearly still there, but now he and Mary could discuss their angel visitors in a way they couldn’t before because he now understood what his new wife had experienced. It was just one more bond they would have in this marriage blessed by God.