Our New Bird Nest Got Hijacked! 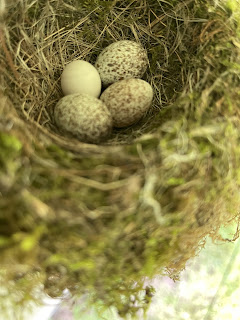 We’re having that kind of year on the property, from crazy beavers and getting buzzed by low-flying geese to a brand-new bird nest on a post behind the big garage. It’s just far enough below the roof line to slip my phone in and take pictures, even though they can come out pretty blurry. 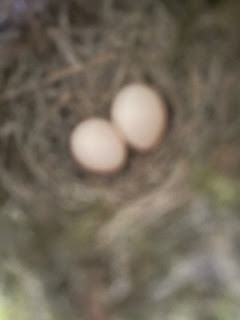 When this nest started out, there were two white eggs. 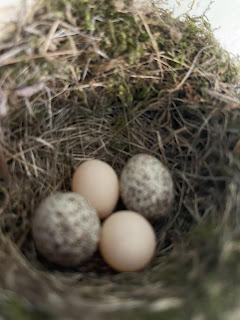 In just a couple of days, there were two white eggs and two speckled eggs. I immediately sent a note to a friend at county conservation, and she said the new eggs were probably from a cowbird, a species that pirates nests, lay their eggs next to the ones already there and leave them for the other mama to raise. 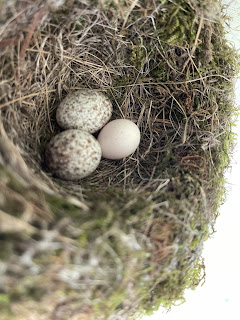 I was shocked to learn this, especially when I went back out and there were only three eggs. 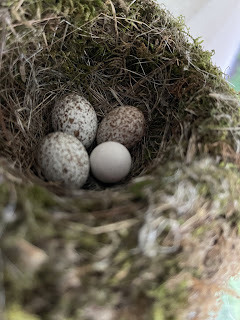 And suddenly there were four again, but the new one was speckled, too. It’s been an adventure just to see what’s in that nest on any given day. Then one morning there was a pleasant surprise - babies! It’s nearly impossible to tell who’s who right now, but they’re so fuzzy I could die! 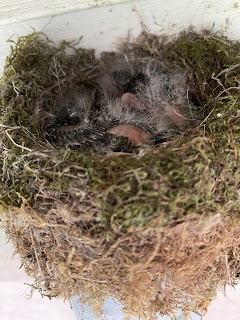 Today, there’s a nest full of baby birds growing feathers and all getting fed by the same mama. I wonder if she even realizes what’s been going on, while she’s raising another bird’s babies for her. Isn’t nature fascinating?
On The Property