August 19, 2016
In these lazy, hazy, crazy days of summer, our puppies aren't spending as much time outside. This means one thing: bored dogs that are full of energy. My solution is simple, though. We play one of two versions of hide and seek! 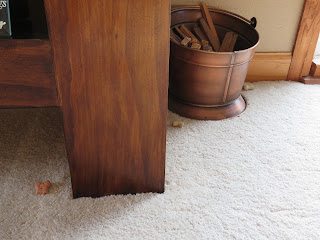 For the first version, close the puppies up in another room while you scatter treats around and about. This is how I use up the little broken treats in the bottom of the bucket. 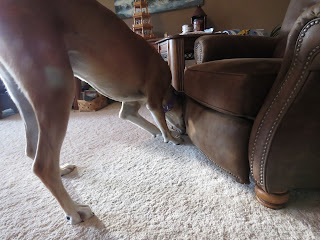 Then you literally release the hounds. They get to use their noses and find all the little treats. I normally hide them all over the living room floor - by the chair legs, under the tv table, between the sofa and their beds. Anywhere they can't really see it, but have to smell it out. 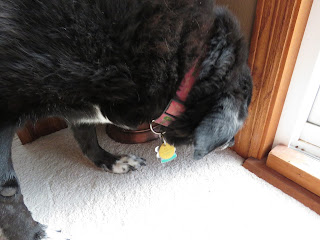 Sadie's been playing this game with me for years, but at 14 her nose isn't what it used to be. When I point out the treats to her, Molly tags along to see what's going on. (Even after two years, she doesn't quite get it.) After a while she figures it out, but Sadie has found most of them by then.

The second version, which is much harder to photograph, is to hide yourself. You'll need an assistant for this one, someone who can hold the dogs or open the door when you're hidden. Then they'll release them and you call their name. Be prepared to reward them with your excitement when they find you!
Around the House