July 14, 2015
I sat with a box of sea shells in front of me. We're still doing some sorting and purging all over the house, and I really didn't want to get rid of these shells. They're the remnants of some amazing crab-stuffed shells, and I knew there had to be something I could do with them. 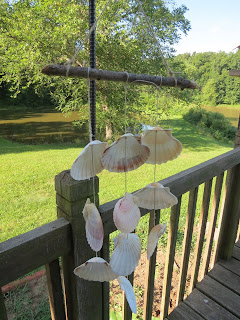 I decided to make them into wind chimes for the deck. I sit in the sun room for most of the day, so it would be nice to have a little natural music to work by. 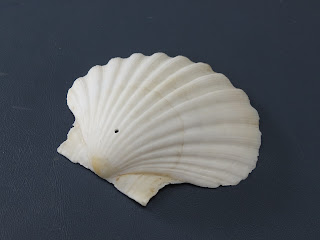 After soaking them in water for a few hours, Danny drilled a hole in each shell. We used a total of 10 shells. 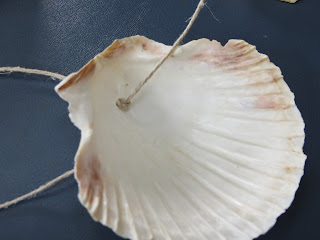 With the smaller of two sizes of twine, I tied a knot in the bottom of each strand and strung a shell. Then another knot and shell, and again, and again - I think you get the picture. 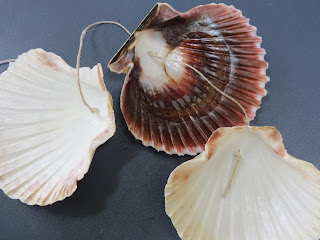 There are three shells on each of the outside stands and four in the middle. 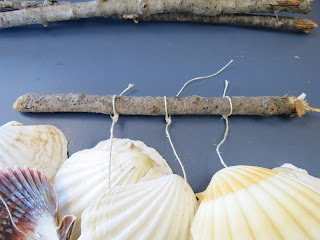 Then I took one of the many sticks that has blown down during the recent storms and broke it to the size I wanted. I tied the ends of each strand to the stick, triple-knotting each end. I'd hate for a strand or two to end up in the next county when a little wind comes through. 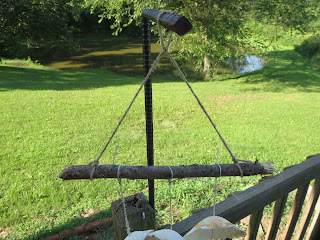 For the hanger I used a stronger, thicker twine to make sure it stays attached. You could always do this with a mixture of different kinds of shells and add beads and colored twine.

And now there's a happy sea shell band on the deck and I have some extra closet space!
Crafts