Just When You Think The Treats Are Gone... 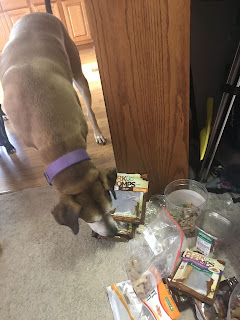 I was convinced that we were almost out of treats. If you ask the puppies where the treats are, they will go straight to the living room coat closet. They’re not subtle. Not. Subtle. 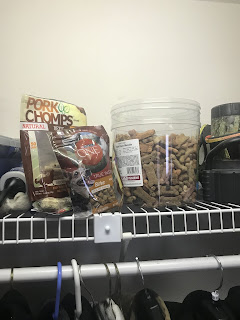 Judging by the shelf, I thought we were going to have to pick some treats up the next time we were out. There were plenty of little biscuits, but the longer-lasting chewies were down to an odd number - and with four puppies, that doesn’t cut it. 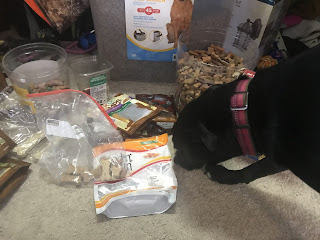 But then I did a little digging. All of a sudden I had a pile of beef sticks, tiny training treats, some big bones and even little pork chop-shaped meaty bits! There were treats all over the place, I just didn’t know it. To say the puppies were concerned about what I was doing is putting it mildly. They were watching the pile grow bigger, too. 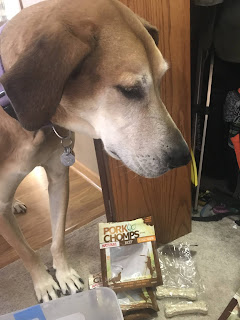 I will never again assume the treats are gone. All I have to do is open the treats closet and let the puppies sniff them out. It will be like a treasure hunt, and all the prizes are edible! That concerned look on Molly’s face just lets me know there are probably more yummies in there. Somewhere. I guess I’ll have to keep digging.
Pets Photos

January 17
Today’s reading: Exodus 4-6
Thought for the day: When all Moses had were excuses, God used a serpent, leprosy and his own brother to get his attention - what will God use to get your attention today?