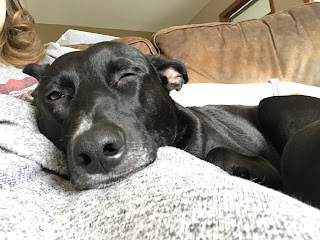 This is Diesel Mac, our cuddle doggo. There is nothing he’d rather do than curl up next to me, for the sole purpose of being close. He leans, he pokes with his paw and he makes sure you’re fully aware that he is there. 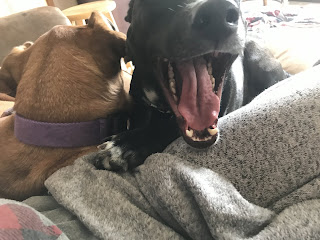 Sometimes it’s because his sisters are already there. He doesn’t want to be left out of anything. Especially naps. 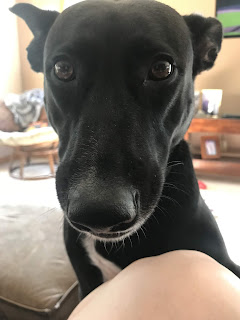 Sometimes he’ll just sit there and stare. It can be a little unnerving, but it’s also irresistible. How could you not look at that face and want to cuddle? It’s emotionally and physically impossible. 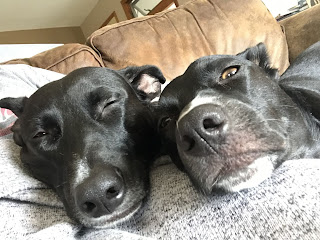 Other times Diesel wants to let his sisters know he knows that they know he’s close. He’s incredibly jealous, and he doesn’t want to miss out on anything. I can’t begin to tell you how many times he has sat on Callie, poked at her until she moved or raced her to see who could get something first. Totally pushy. 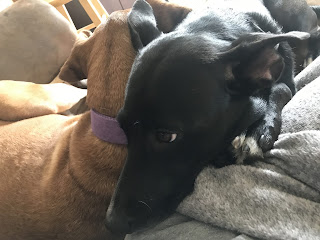