Diesel ... Not A Morning Dog 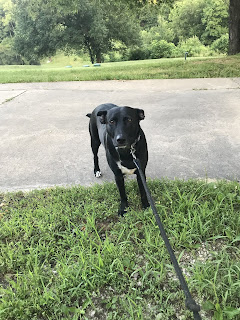 My sweet Diesel dog is such a Mama’s boy. There is rarely a time that he’s not sitting next to me, touching me or making sure he can still see me from wherever he is. He’s incredibly protective and fiercely loyal - great qualities in a pupper.

The only time this closeness is not the case is first thing in the morning. The dogs and I usually go outside at around 6 a.m. Diesel wants to be close, but he’s never completely awake at that point. He’s been known to stare aimlessly at nothing, or just stand there staring at me with a blank look on his face.

My sweet boy has trouble waking up. And no, he’s not getting a swig of my coffee. A dog jacked up on caffeine is the last thing any of us wants. 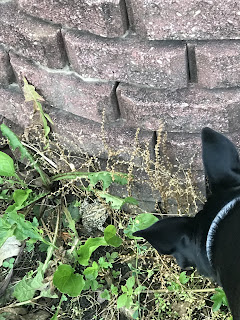 Yesterday morning was a great example of his brain fog early in the day. Normally if there’s anything walking, running, moving or breathing around the yard, he’s usually the first one to get a whiff and take chase. That’s definitely not the case before the sun’s all the way up.

There are several large frogs around the ponds, and you can hear them all hours of the day and night. This one made its way up to the rock garden, and Diesel practically tripped over it before he spotted it. Even then, with it just inches from his face, all he did was stare at it with that adorable head tilt. The frog froze, and for a moment it was a perfect tableaux. In the end, all Diesel did was take one sniff and walk slowly away.

So my poor, sweet boy headed back into the house for a much-needed belly rub and nap. When he woke up he was all alert and ready to go. I know the feeling, don't you?
Pets Photos