Three Things That Made Me Smile This Week

July 15, 2017
There has been so much to rejoice over this week, but here are just a few of my favorites. 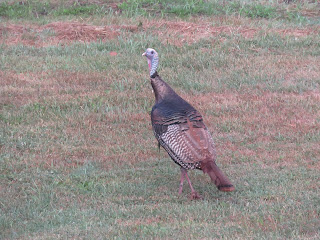 Grand Central Station on the Carrell Wildlife Preserve: I felt like a Disney princess this week, watching all the animals around the house. It started with two bunnies being chased by a ferret. The ferret caught one of them while the other thought he would escape across the field. Instead, he was captured by a hawk that was flying by. Add to this a congress of turkeys, a yard full of moles and several shifty-looking squirrels, and Molly has been beside herself trying to protect us. 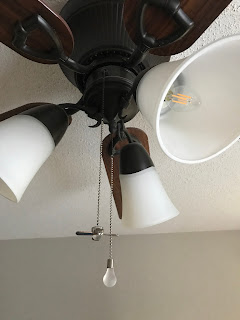 OK, so somebody created light bulb and ceiling fan-shaped fan pulls. It's the littlest thing in the whole wide world, but it's also possibly the cutest! We're going to get them for all the light fixtures in the house, so everyone else can have a tiny smile, too. 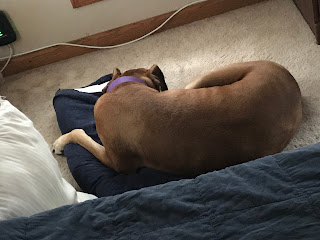 In Molly's attempt to bark at every single thing that moves on the property, she's wearing herself out. She's been moving very slowly in the morning, preferring to stay on her pillow, which was once mine but she cabbaged. We also learned that if we take that pillow downstairs to watch a movie, she'll curl up on it and relax instead of prowling around the house finding things to bark at. And that makes me smile.
Around the House Photos