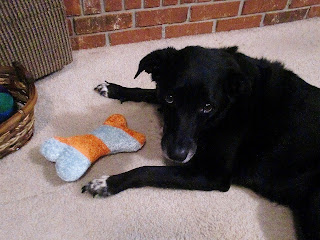 I was forced to make a hard decision at 7:30 this morning. The girls and I were about to head out the door for our walk when I noticed that Sadie was still limping.