Puppy Cuddles: Here’s A Foot In Your Face 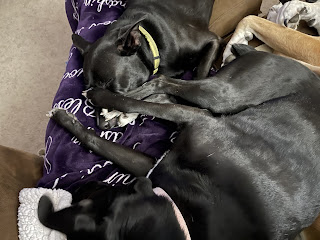 All four of our dogs are cuddlers. As long as they’re touching one of us, they’re perfectly content. That also means we have to have enough space for two humans, three black-and-white-tuxedo dogs and a Great Dane. And there are only a couple of places in the house where that’s possible. 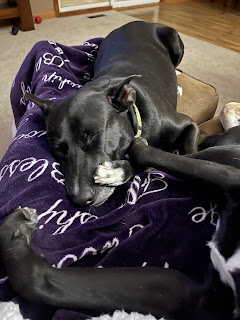 Diesel is a heavy sleeper, to say the least. He’s the first to fall asleep, and he’s snoring within the first minute. And I mean S-N-O-R-I-N-G! He resembles the rumbling of an Amtrak train as it roars past. 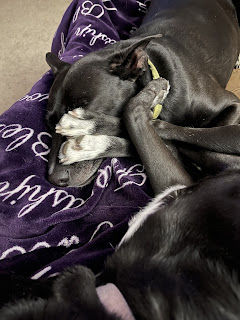 Even when his sister gets comfortable with her feet in his face, he keeps on sleeping. I’m pretty sure this is what the two of them looked like in the womb. And if they wrestled in there like they do now, I feel sorry for that Mama dog. 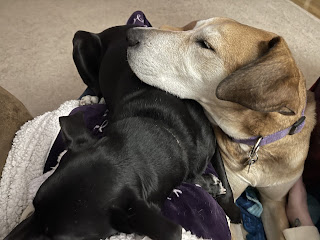 At the end of the day, despite hours of wrestling, chasing, growling and a little bit of barking at each other, there’s nowhere they’d rather be than curled up together. Curled up under, and on top, and beside, and around. As long as they’re all touching and together, the pack is happy.
Pets Photos