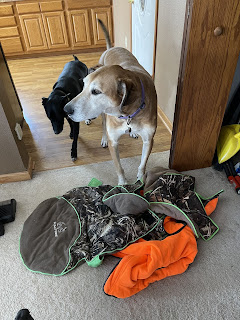 Temperatures are dropping drastically here in southern Iowa. Everything is frozen and pretty, but its also frigid and slick underfoot. That means it’s time to pull out our camouflage coats before we go out on walks. 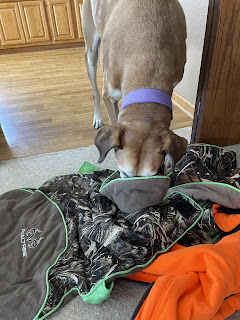 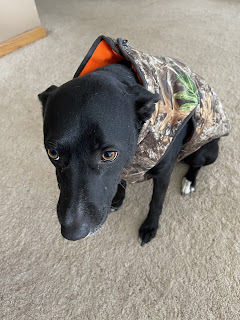 This look says it all. Callie is not a fan. She’ll stand for it, but she’ll let you know that she’s displeased. I felt so bad when I put Parker’s on, though, because it didn’t even begin to fit this year. I guess I’ve spoiled him a bit too much, so he’s chunkier than he’s been in the past. There’s a shopping trip in our future. 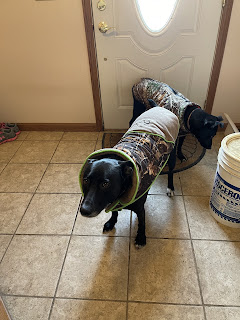 I love this picture of my pouty baby. Diesel doesn’t usually argue about things like his sister, except having his claws clipped, but he will often stare at you if there’s something he doesn’t like. Danny calls it Diesel’s “I love you, but I really want to bite you” look. This is it. 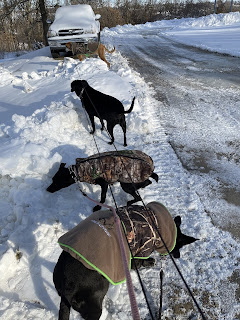 Friday’s high when this picture was taken was 15 degrees, feels like -1. We were only outside for about 2 minutes - one of those hurry-up kind of trips out. Even bundled up, they did what they needed to and came right back to the door. I kept a close eye on Parker to make sure there weren’t icicles hanging from his tail. He’s such a trooper! 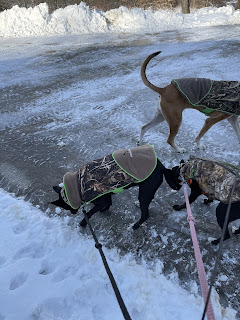 And then there’s my babies. Their goal every time we go outside is to eat as much ice as possible. Seriously. One of their favorite treats inside is ice cubes. But then it melts in their bellies and we’re right back outside. In the cold. With coats on. Welcome to my world, I love it here!
Pets Photos