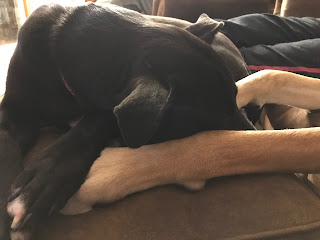 We've had the new puppies for almost two months now, and it's so much fun to watch them grow into their personalities. It's much like meeting new people - the more time you spend with them, the more you get to know all the little things about them. 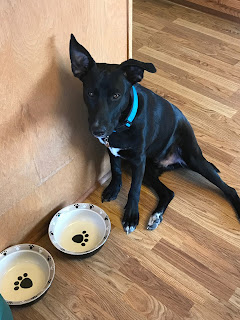 Danny always says they get their subtlety from me. This look says "Mama...you do understand both of my bowls are empty, right?" Yep, not difficult to translate. There's a special time at night when they all give up and crash. Hard. This is the best cuddle time of the day, mostly because they've stopped running. And chasing. And chewing. And barking. Everything except breathing and snoring. 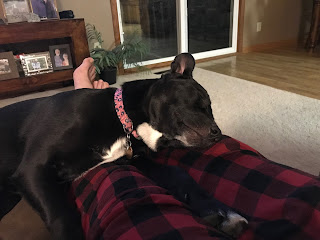 And it's during those times we can get some one-on-one time in with each of them. Until they doze off in these adorable positions. 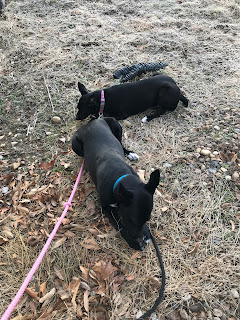 But once they're awake and going again, their personalities shine through. The babies love to do everything together, and if one has something, the other one needs to have it too. They hate being separated, even at opposite ends of the house, probably because they've always had each other. While it's fun to watch them hip-check each other into the wall, it's better to see them hanging out together and enjoying the day. 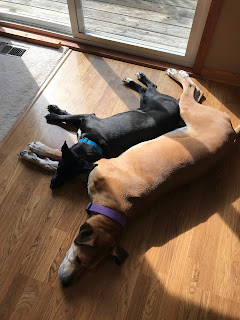 Molly is still getting used to sharing her house, and she's not afraid to use her weight to get her way. The babies adore her, and they'll play with her at the drop of a hat. They also like using her as a giant body pillow, probably because of her warmth. That and they have to stay close if they want to share that one patch of sun on the floor.
Pets Photos

June 26
Today’s reading: Psalm 84-86
Thought for the day: The margin of my Bible next Psalm 86:3 says I cry unto the Lord daily may also be read I cry unto thee all the day. Are you sending up prayer daily or all the day, solidifying your relationship with Him?