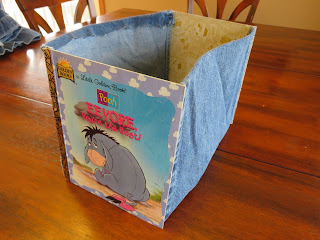 I have a growing stack of Little Golden Books in my craft room. I think they're like rabbits, breeding every time I'm not looking. I originally picked up a few so I could make altered albums from them. That was so much fun that I started looking for more so I could make CD albums, memory game tiles and a couple of other fun projects. That's where this denim box idea came from. 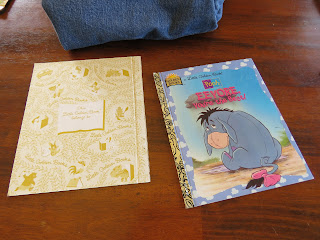 With a craft knife, I took out the pages from the two books and used needle-nosed pliers to pull out the staples. 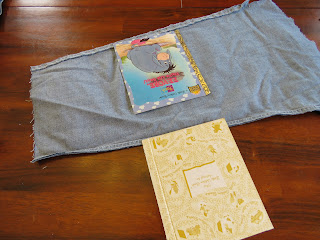 I cut the leg from a pair of old jeans, keeping the seams, making it long enough to cover all three sides of the box. You'll understand that in a minute. NOTE: you'll want to use straight-leg jeans for this, otherwise the box will be a little obtuse, as one side will be wider than the other. 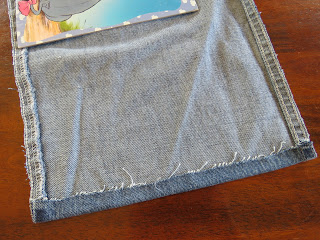 I folded down the cut edge on one end of the denim and secured it with hot glue. 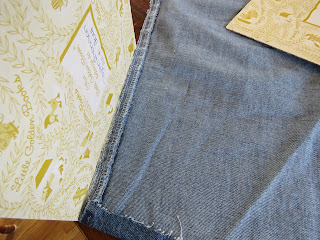 Then I put glue on the long edge of the first cover and pressed the denim seam against it. I added another line of glue along that edge, giving it two lines of adhesive to keep it in place. 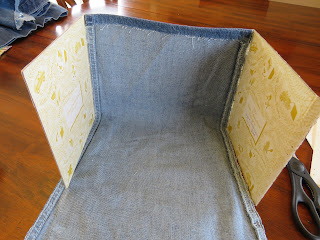 After repeating those steps on the other side, it looked like this. 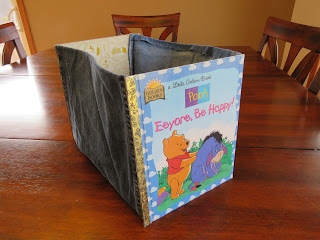 Working my way around both book covers, I finished up by trimming the extra denim and adhering the rough edge with hot glue, just like the first side in step three. My denim was a little tapered, so one side is slightly wider than the other, but I love the way this turned out. I'm going to cut a piece of cardboard to fit in the bottom for some extra strength, just to make it a little more sturdy. Then it will be ready to hold all sorts of wonderful things in my craft room.
Crafts