October 20, 2015
I've been waiting to put this book together for ages! 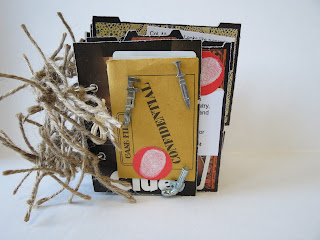 I've been scouting out the area's thrift shops for months so I could make a game board album for one of my dearest friends. We both love Clue, so the best gift I could think of was a book made from the game itself. 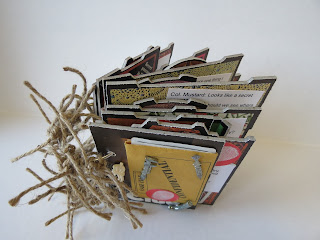 It turned out exactly like I pictured it, and it's so much fun to read and to create. 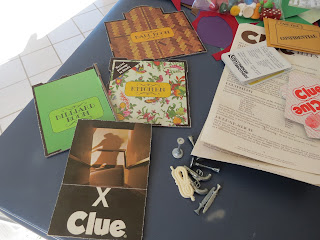 To start, I asked Danny to cut each room out of the game board. I had three boards (just in case), and I ended up using all of one and parts of the second. The games also came with many of the original game pieces, along with the cards, score sheets and instructions. I was pleasantly surprised, as games often part ways with their pieces along the way. 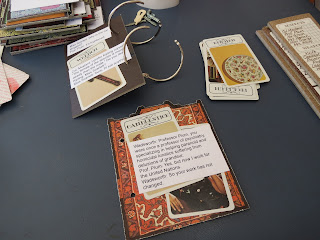 Each page of the album has quotes from the old movie, and they're embellished with the cards. I love that there was plenty of room to see the colors and carpets behind them. Danny also drilled the holes for the largest binder rings I've ever seen. I also punched out the fingerprints from the backs of the cards that I didn't use for more embellishing. It's all finished up with twine on the rings. Since I had some flat weapons, I attached them to the front with glue dots, and I put Mr. Green with the revolver in the hallway into the case file envelope.

And I have enough rooms left to make one of my own. Hmm...

This works so easily with any game board, and you can fill it with quotes, pictures or just about anything you would put into a normal album. What a fun birthday or Christmas gift!
Around the House Crafts