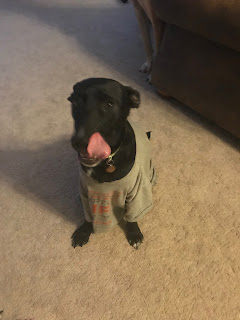 So, this happened. Diesel is now big enough to more or less fit into one of Danny's t-shirts. So the poor guy spent about 5 minutes in clothing for the first time, and I have a feeling it won't happen again for a while. 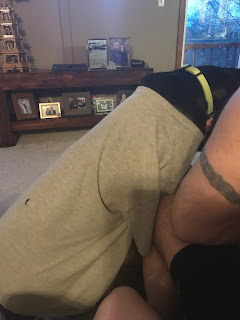 First, he pleaded with Danny to take it off. That didn't work because we were laughing too hard. 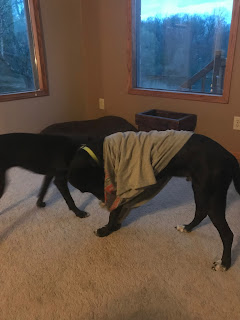 Then his sisters got involved. Diesel got his foot stuck in one of the sleeves and almost took the whole shirt off. Meanwhile, the girls were circling him and purposely bumping into him. I think they were laughing, too. 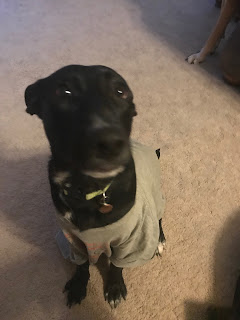 He finally accepted the fact that his humans are silly, taking pictures and giggling instead of removing the offending shirt. The ears went back, the eyes got big and the whining stopped. He literally breathed a sigh of relief when we stripped him down to nothing but his collar. Maybe next we should try a hat...
Pets Photos