Our Life In A Storybook World

November 03, 2017
We have said from the very beginning that we are blessed beyond measure to live on our property. At this time of year, though, it's difficult to step away from the windows. And now, we press the "release the wildlife" button. Prepare to feel like a Disney princess in a storybook world. 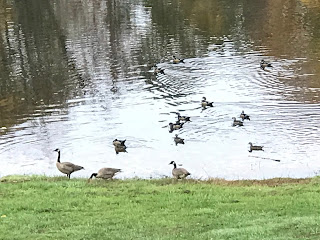 Our trio of geese are back this year, and they're joined by a dozen pairs of ducks. 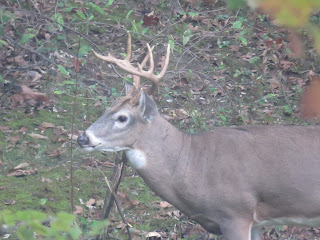 This is the largest of the three bucks. 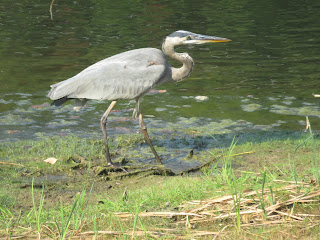 A crane or two are often walking along the banks of the ponds. 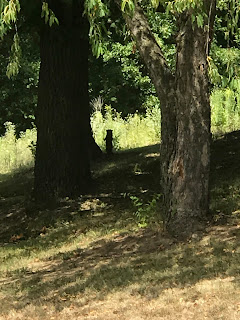 That silhouette in the center of the picture is a muskrat. A very large muskrat. 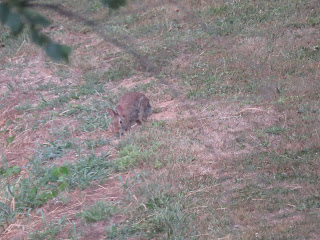 And we have a plethora of bunnies. I'm hoping one of them is the tiny bunny I kept Molly from playing with a few months ago. 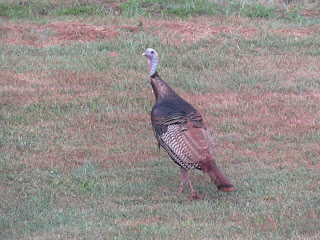 And last but not least, we have a rafter of about 10 turkeys. I've named one of them "dinner" because I would love for him to be our guest at Thanksgiving.

That's the end of our wildlife tour for today, folks. Join us again next time when we hit the "release the wildlife" button and see what else is out there at the Carrell Wildlife Preserve!
Around the House Photos