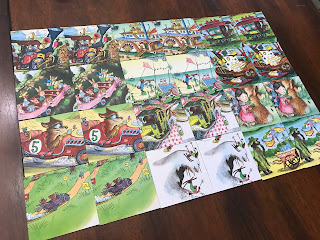 After finishing a custom order of cars for a dear friend last week, I wanted a fun project that was designed simply to make me smile. I have a basket in the craft room with any duplicate Little Golden Books I might have in my collection, and that’s where I found not one but TWO extra copies of Margaret Wise Brown’s The Friendly Book. And what do I do when I have TWO copies of a book? I make Memory games! 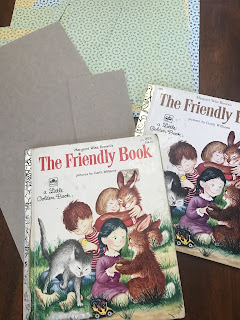 The supply list is incredibly short: two Little Golden Books, cardboard, decorator paper, scissors and adhesive. I like double stick tape for this project because I can make sure it gets all the way tot he corner, which is especially important when it’s going to be handled a lot. 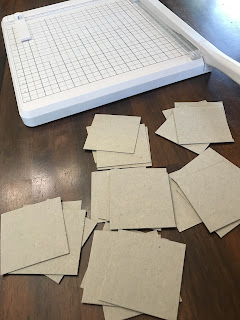 I start by cutting 24 3-inch squares. I found an amazing paper cutter at Goodwill a few weeks ago, which made this much simpler and much straighter than my old cutter was. A paper crafter with a wonky cutter is most miserable... 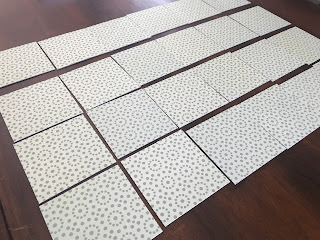 Then I cover the backs of all 24 cards with the same patterned paper. The busier the pattern the better, just to make it confusing and more difficult to memorize which card looks like what. Sneaky, I know. 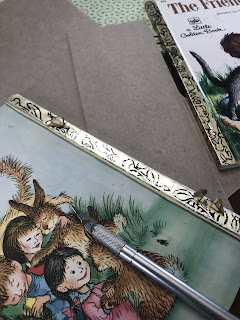 To take the covers off the books, I use an old craft knife to cut slits around the staple on the back and bend the prongs back. Then the cover just slides off the staples. When I’m making a journal, I do this on both sides, pulling the staples clearly out of the front cover so as much of the metallic binding is intact. 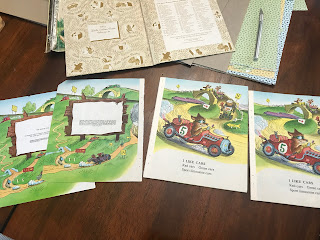 With the pages removed and cut apart, I find my favorite pictures and pair them up. 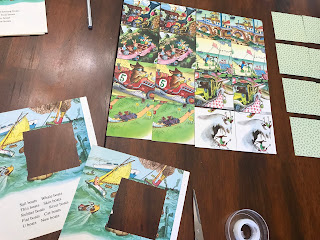 I normally hold the first page up to the window so I can see through it and attach the first square of cardboard where I want it. Then I can place the second square on the second page in exactly the same spot. This is super important when you have two printings of a book and they’re not exactly spaced the same. This is by far my favorite part of the whole project! 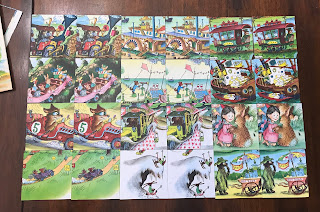 So when they’re done, there are two copies of 12 pictures. This layout makes me so happy. 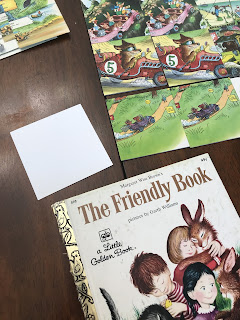 To add something a little extra, this set of Memory cards has a front and back cover to keep them all in place. I cut a piece of card stock slightly larger than the 3-inch square cards. 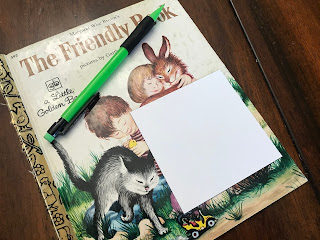 Then I used that template to cut out squares from the front and back covers. 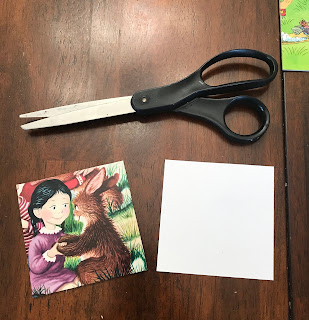 This makes a cover slightly larger than the card by about 1/4 inch. 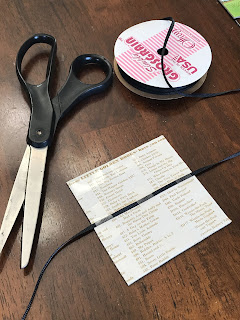 I taped a coordinating ribbon to the back cover square. 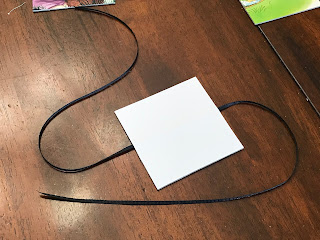 And covered it all with that piece of card stock I used for a template. 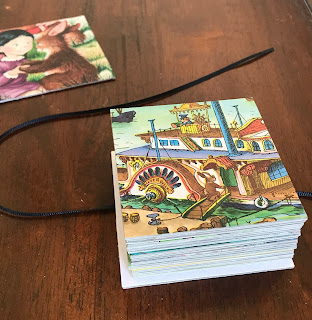 The card stack up on the back cover. 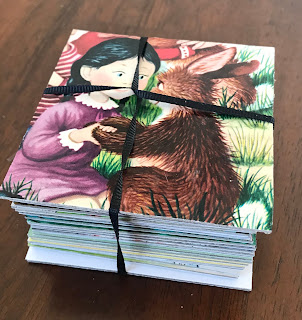 And the front cover rests on top, while the ribbon ties it all up in a pretty package. What Little Golden Book Memory game would you like to see next?
Crafts Stuff From Trees