Life On The Property Before The Rains Came 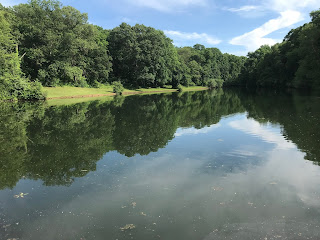 We've had a beautiful, hot week - right up until the rain started this morning! It was a great few days to get out on the property to get some work done, and to enjoy some relaxation, too. 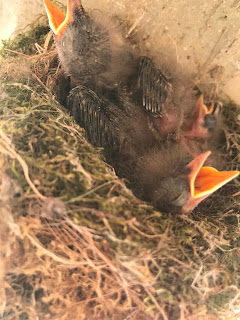 The baby birds are growing by leaps and bounds. They're starting to go from fuzz to feathers, and I love those bright yellow beaks. 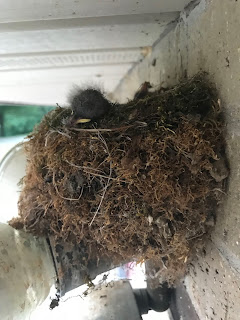 This little guy is my favorite. I have named him George, even though I can't love him and squeeze him. Every time we go to the big garage, he hangs his head over the edge to watch us. 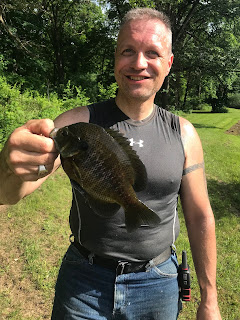 We got in several hours of fishing Thursday evening. Danny had already caught several before I got down to the big pond. Some of us have to work, you know! 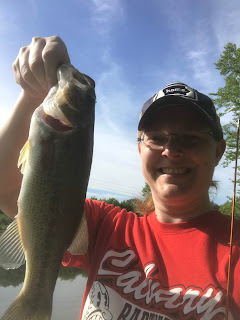 I caught one on my first cast, and I quit keeping track after seven. Many of the fish we caught still had eggs, so it was a catch-and-release kind of day. 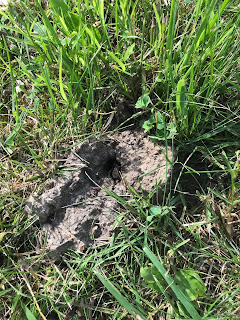 And, unfortunately, I had a close encounter with a burrowing spider. If you enlarge the photo, you'll see him on the right side of the burrow entrance. We made a pact, he and I: I won't bother him and he won't bother me. And that's how we left it.
Around the House Photos