Heavy Traffic - What To Do And What Not To Do 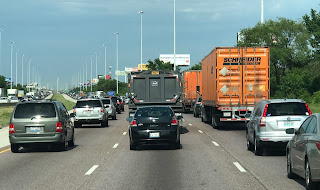 Two hours in downtown Chicago traffic at rush hour makes me appreciate the rush couple of minutes in Ottumwa. Small-town speed is much more my style. 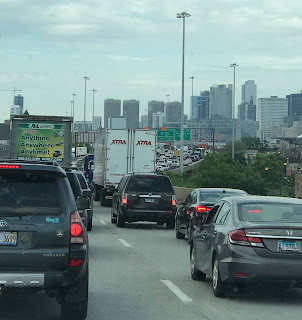 As we drove through - I should say as we crawled through - we didn't talk much or look around much. Danny was more concerned with paying attention to the other drivers than with small talk. 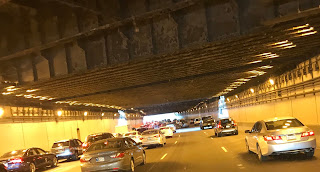 We also didn't have music playing or the radio on. There were too many cars darting in and out that we had to look out for. It also meant no cell phones or other screens. Any distractions would have been disastrous. 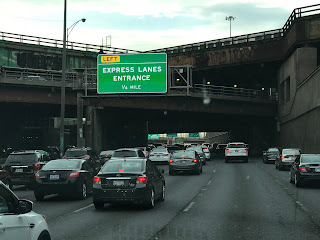 The funniest part, though, was the idea of "express lanes." The concept is that cars not pulling off soon can get in the far left lane, hurry down to the side and come back in when they need to. Unfortunately, this means another entrance ramp to slow everyone down. Weird. 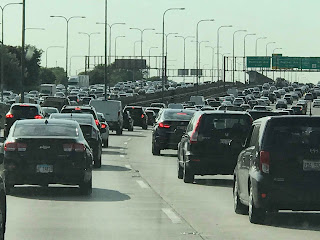 There were so many accidents on the side of the highway - we were shocked, but not really. Paying attention to everyone around us was a full-time job, one that we took very seriously. The last thing we wanted to do was end up where they were, stalled and talking to law enforcement, when we really needed to get up the road.
Around the House Photos