Don't Be A Lemming! 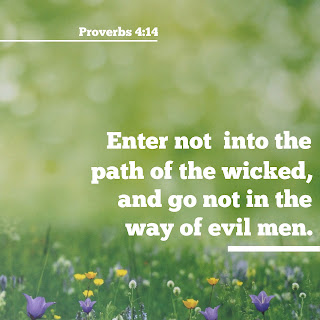 As a little girl, I remember wanting a pair of jeans. It wasn't a particular pair, but all of the other girls were wearing jeans and I was told I didn't fit in. Suddenly I was desperate for that one piece of clothing that I thought would solve all my problems.

A few years later, another girl was being picked on because she didn't have the perfectly styled hair or the name-brand clothes the popular girls did. One afternoon on the playground they told her they'd be glad to give her a makeover so she wouldn't look so terrible.

I stood on the sidelines, not participating, but wondering if this was how the rest of life would be - a group attacking a single person because of her differences. I knew I didn't want to join in, but I also knew what was happening wasn't right.

I didn't step in that day, but I was determined to never make somebody feel that way. Falling in line with the popular crowd meant being a bully. It would be purposely hurting someone to make yourself feel better, and that was traumatic for a young girl in school.

Solomon must have experienced or witnessed something similar, because his words in the proverbs often echo my own.

Enter not into the path of the wicked, and go not into the way of evil men. Avoid it, pass not by it, turn from it, and pass away. For they sleep not, except they have done mischief; and their sleep is taken away, unless they cause some to fall. Proverbs 4:14-16

Imagine the men and women Solomon must have seen during his reign as king. While some would have been loyal, serving him with the best of motives, he probably saw many people who simply wanted power, money and prestige. As with any high position, he was probably counseled in ways that didn't fit with his belief in God, told to do things that would go against what he knew was right and honoring to the Lord.

His advice was this: don't walk with those people, don't follow them, but avoid them like the plague. In six different ways he told us to not even be in the presence of evil because it would be too dangerous to the body and the soul. Their ways were in darkness, Solomon would write later, never seeing the light and stumbling over everything in their path. No good could come from it, he explained, and it was better to avoid the wickedness and violence altogether.

I wish I could go back and show my elementary-school self these verses. I would tell her that it's more important to be right with God than follow the in-crowd. She was looking for a way to fit in, when all she needed to do was trust that He would show her a better way, one filled with light and compassion.

Today this passage reminds me that our calling in life is to lift others up, not tear them down, and we can't do that if we're on the wrong path. I pray that we'll each look at the path we're on and make sure it's the one that the Lord walks with us and not one that follows the crowd.
Scripture