This Pup Has Personality 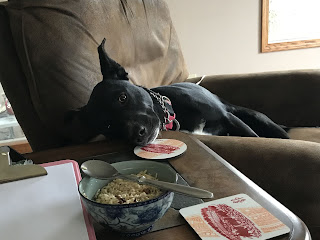 Our Callie Dog has more personality on one tiny paw than some dogs do in their entire body! Her facial expressions are hilarious, and she knows how to whine until she gets exactly what she wants. Except my food. She doesn’t get that. 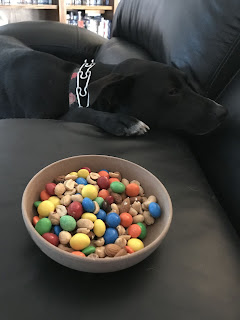 She can also pout at the drop of a hat. I told her she couldn’t have M&Ms or peanuts. What happened next is exactly what you see above. She stayed as close as possible ... just in case. But she’s not looking at the bowl or at me. 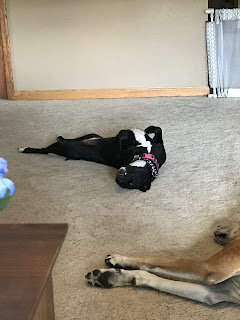 The last time we went to the dog park, Callie ran and ran and ran ... and then ran some more when two other dogs showed up. By the time we got home, she was completely done. This is how I found her after we’d been home for about 10 minutes. At first I thought she was broken, but she was just worn out. 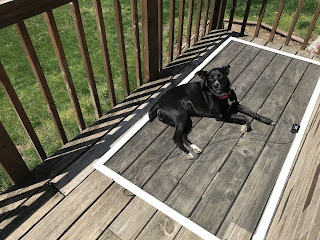