A Weekend Of Following 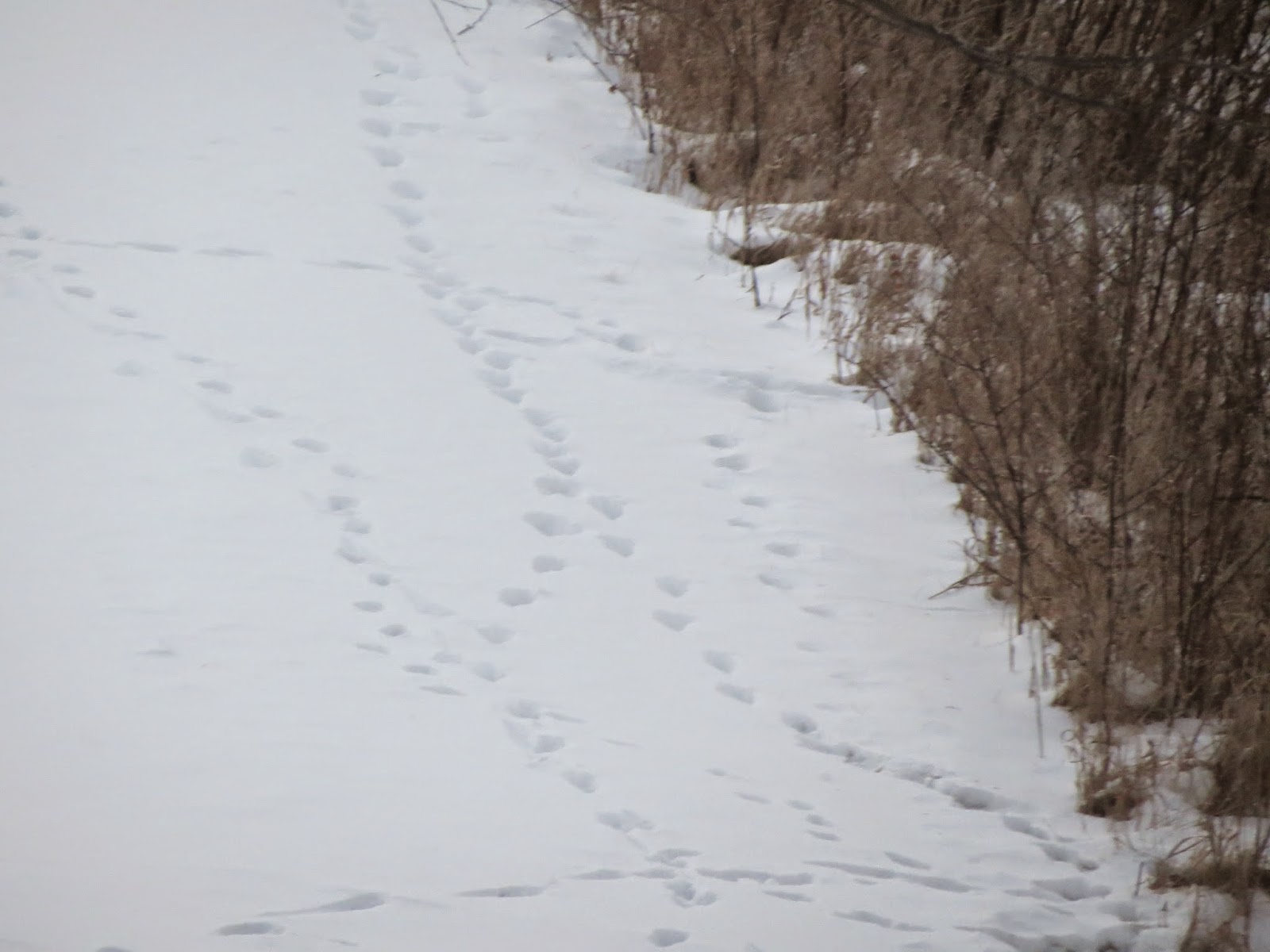 Winter is the best time of year to see what's living in the woods around the property. It's not because they're out and about — it's because you can see their tracks in the snow!

Even from the house you can trace the paths the coyotes and the turkey and the deer took from one place to another. They follow each other up the ridge, around the ponds and across the levee to their dens and browse and homes.

It also means that the animals can track their prey better, too. They can follow the tracks and hunt down food quickly because they're so visible. They may have great eyesight, but following a trail makes finding lunch a little easier.

What tracks are you following?

Verily, verily, I say unto you, He that entirety not by the door into the sheepfold, but climbeth up some other way, the same is a thief and a robber. But he that entereth in by the door is the shepherd of the sheep. To him the porter openeth; and the sheep hear his voice: and he calleth his own sheep by name, and leadeth them out. And when he putteth forth his own sheep, he goeth before them, and the sheep follow him: for they know his voice. And a stranger will they not follow, but will flee from him: for they know not the voice of strangers. John 10:1-5

Make this a weekend of following — following the Shepherd. It's easy to follow whatever pretty, new thing comes along. Faith is following the voice we know and love and long to follow. We know His voice and we know He will lead, guide and protect us along the way.

Who are you following?
Photos Scripture