What Overcoming An Obstacle Does For Us 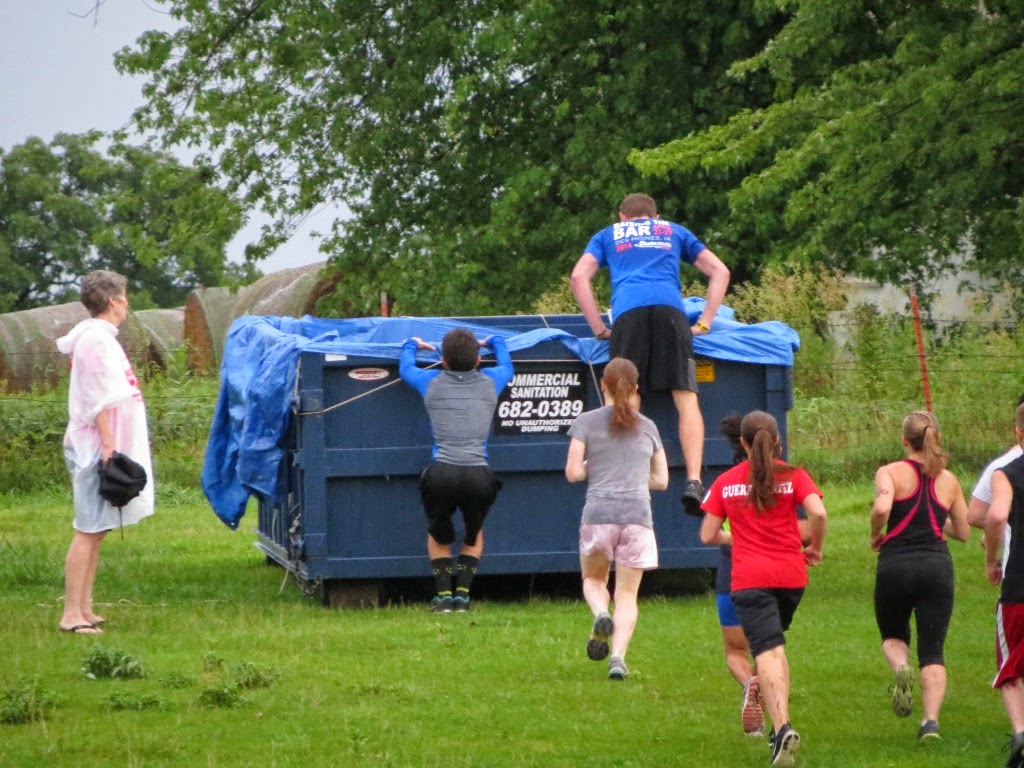 This weekend I was able to attend the Ottumwa YMCA's Survivor 5K Challenge again. I absolutely adore this event and hope Danny gets to run it next year. He had to work this weekend or he would have been right out there doing this totally awesome mud run.

You notice I didn't say I would be running it. I hurt myself just trekking across a field. It wasn't pretty.

As if a 5K isn't challenging enough, they add nine obstacles along the route. This year they ranged from a tub filled with 1,000 pounds of ice to a muddy swamp that had to be traversed. At one point they carried logs, and later they had to belly crawl under barbed wire. Watching from the sidelines, it seemed like a great race spoiled by extra effort, but that's just me.

I was covering the race for the paper, so I talked to several of the runners afterward and was surprised to hear one conversation. One runner happened to mention that he was starting to slow down until after the huge wall. He got his second wind after that, he said, and many others agreed.

And not only so, but we glory in tribulations also: knowing that tribulation worketh patience; And patience, experience; and experience, hope: And hope maketh not ashamed; because the love of God is shed abroad in our hearts by the Holy Ghost which is given unto us. Romans 5:3-5

As we run the race of life, we're going to get tired and we're going to face obstacles. Scripture tells us that not only will we not face them alone, but we will overcome them by the grace of God. Scaling one obstacle and leaving it in our dust gives us the confidence to go on and face the next one. With God help, we'll get through that one, too. And the next one. And so on until the end of the race.

So run the race the lord has set out before you. When you reach the next obstacle, know that He is there to cheer you on, to give you a leg up and celebrate with you when you're on the other side. And that will motivate you to never give up and keep on running.
Scripture