Entertaining Ideas From A 1954 Treasure 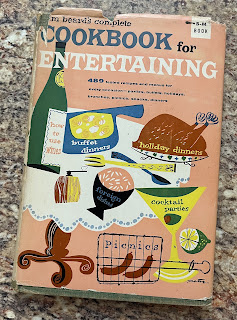 So, I invested in another vintage cookbook. Yes, the graphics on the cover were irresistible. And yes, I think this one will merge perfectly into my collection. I'm excited to start turning some pages! 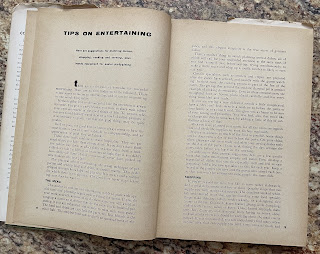 Since this is a Jim Beard book on entertaining from 1954, it's a fascinating peek into what like was life in mid-century America. The third paragraph of this introduction particularly struck me.
"Rich or poor, the good host or hostess always seems to have the same traits: a love of home, a delight in companionship and an appreciation of good food and drink." 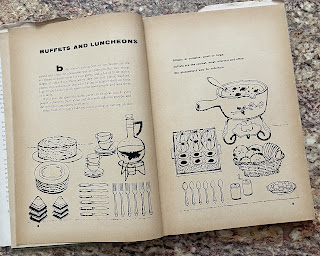 You can't tell me that these aren't the best illustrations ever. The scallops on the napkins seal the deal. Having a buffet party definitely isn't a new idea, as it was very popular when this book was written. It just shows us how trends circle back on a regular basis, making what was cool then cool again. 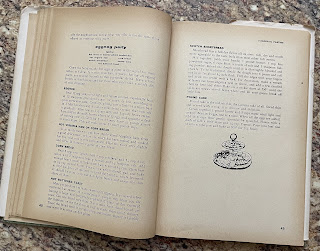 I know we're a little past the holiday season now, but doesn't this eggnog party sounds like fun? Ham and cornbread sounds amazing, and how cool would it be to make eggnog from scratch? And, of course, I have to try the shortbread and pound cake recipes between now and December! 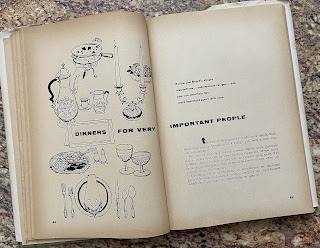 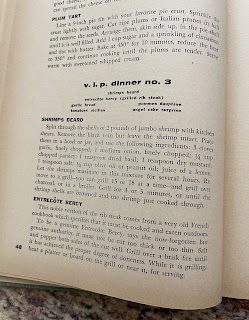 This Shrimps Beard caught my eye, mostly because it talks about shrimp. I like shrimp. That is all. I'll be trying this one because I like the sounds of the combination of flavors in the marinade. I'll keep you informed. 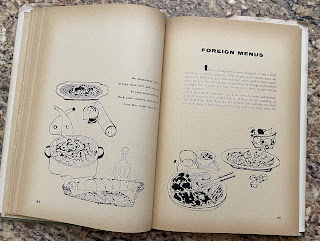 But this chapter sold me. Our city prides itself in having residents representing more than 40 countries, and you can see that diversity in our restaurants and stores. I want to learn more about these cultures and foods and menus, and this chapter is going to be a great way to do just that. 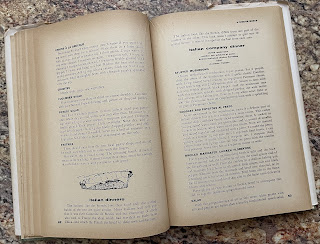 In between French, Greek, Moroccan and Swedish dinners is a beautiful section of Italian recipes. I've already marked the stuffed mushrooms, and noodles and potatoes al pesto. I've never made my own pesto, but this recipe makes it sound doable. 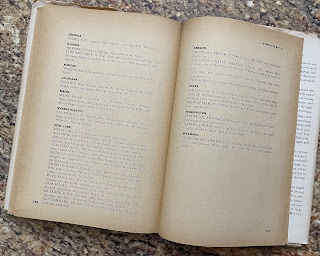 As for the history and the vibe of this cookbook, the last few pages sums it up. The author even included a list of specialty shops across the country - at the time - that would ship the harder-to-find ingredients. I'm going to look them up and see if any of them are still in business. Talk about taking a step back in time! What fun vintage cookbooks are in your collection?
Cooking