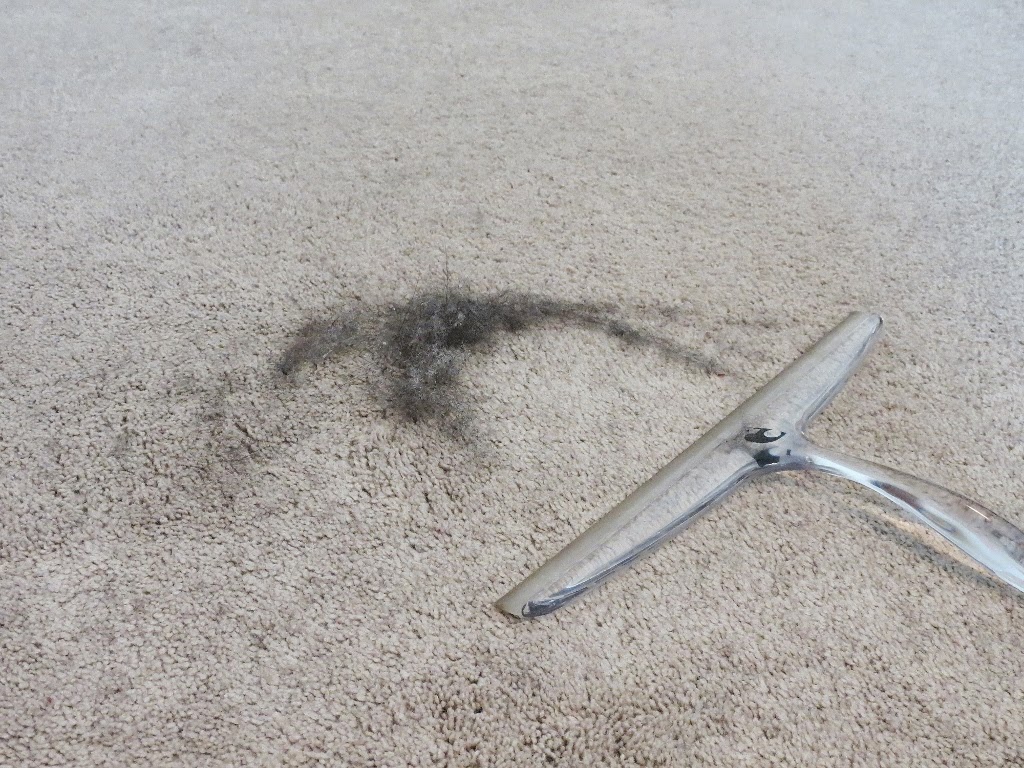 Two black labs. A house with cream carpet. Not the most logical combination in the world, but I'm keeping them all.

Now that spring is here, Bailey is shedding her winter coat like crazy. Sadie has more terrier in her than Bailey, but Bailey is part Chow, so she's got a layer of fur under her fur that is like a parka. And now she's getting rid of it ... yay.

But here's the best tip I've ever found for getting that stray fur out of the carpet - a shower squeegee. Mine is mostly plastic with an edge of rubber that's very stiff. Flimsy won't cut it here.

First, vacuum the area once or twice to get up as much as you can. You'll notice very quickly, though, that the sweeper leaves quite a bit behind.

Then just have a seat on the floor and start with a combing motion. The shape of the rubber edge will get up next to the baseboard, somewhere your vacuum has a hard time getting into.

Here's another secret - I'll put on a movie or watch TV while I do this. It makes it a little more endurable. Or you could put on some great music and sing while you work.

Once you've got the first section done, sweep it up and keep going. You won't believe the difference it makes or how much is in there. It will fluff it up and make it almost like a new carpet again. Danny even said he could tell exactly where I'd stopped and started to take this picture.

So give it a try and see if you don't love the results!
Around the House Pets