A Day at the Fair

August 23, 2013
I can't believe the week AFTER the state fair is already over. It seems like we were just there, and now it's been seven whole days, and I'm just now sitting down to look at our pictures. That must mean I'm way too busy. 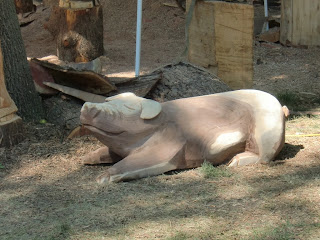 We had a fantastic time at the fair this year. It was the first year Danny had been, and it was the first time we'd been able to spend an entire day - just the two of us - all day with no interruptions. We had been planning this for months, and it was an amazingly wonderful, special time together.

There are so many wonderful parts of the Iowa State Fair. I can't begin to cover them all or show you all the pictures, but I'll give you some of our favorite highlights.

The chainsaw woodcarvers were amazing. We weren't able to catch one of the shows, but they had several works-in-progress and many finished pieces on display. They were all auctioned off on the last day. 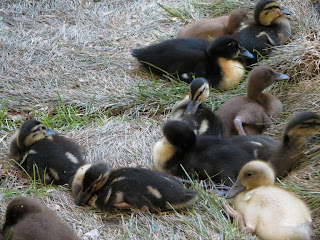 The first building we went into was the agriculture building, and there were so many families there, especially those with little children. All of the baby farm animals were on display - and they were adorable! The baby ducks had apparently been busy already that morning because they were quite tuckered out. They couldn't even stay awake to have their pictures taken! 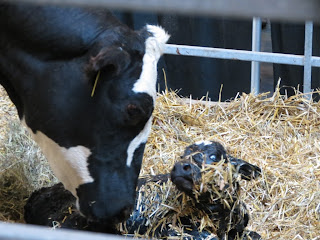 One of my favorite parts of the day took place at the other end of this building. We were drawn to the pen with the rest of the crowd because the fair vet was helping a cow deliver her baby! We got to watch and applaud as this little boy was brought into the world. (Yes, I cried. I'm a crier.) 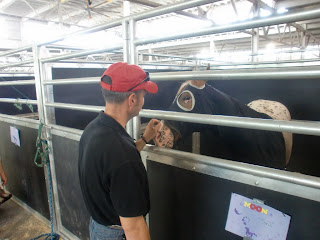 They were still doing animal judging that day, so we got to see the competitors in horse, goat, sheep, cow and chicken contests. The prep areas are all open, so you can walk right through, talk to the owners and scratch a few sweet noses. 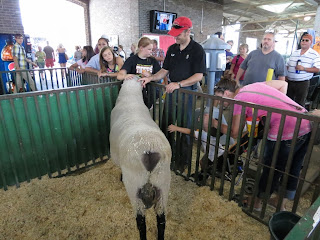 We even got to see the largest ram and the largest hog. There are some amazing animals in our state, and this enormous sheep is just one example. 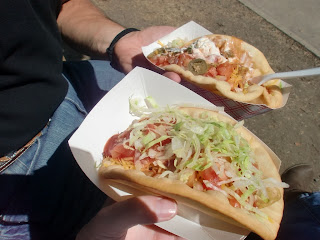 But all Iowans know that the fair wouldn't be the fair without the food! We had a light breakfast so we could start tasting our way through row after row of goodies. These were the fajita pitas in steak and in chicken. They were phenomenal! 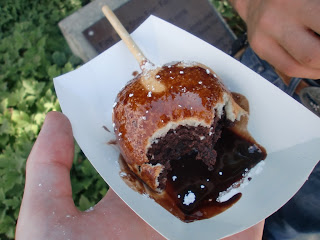 And the best things at the fair come on a stick! This is the fried brownie - I honestly have no words to tell you how good this was. Danny had the fried Milky Way bar, and it was also all sorts of wonderful.

We're excited to see how they'll top all of this next year. And what they'll try to put on a stick!
Photos